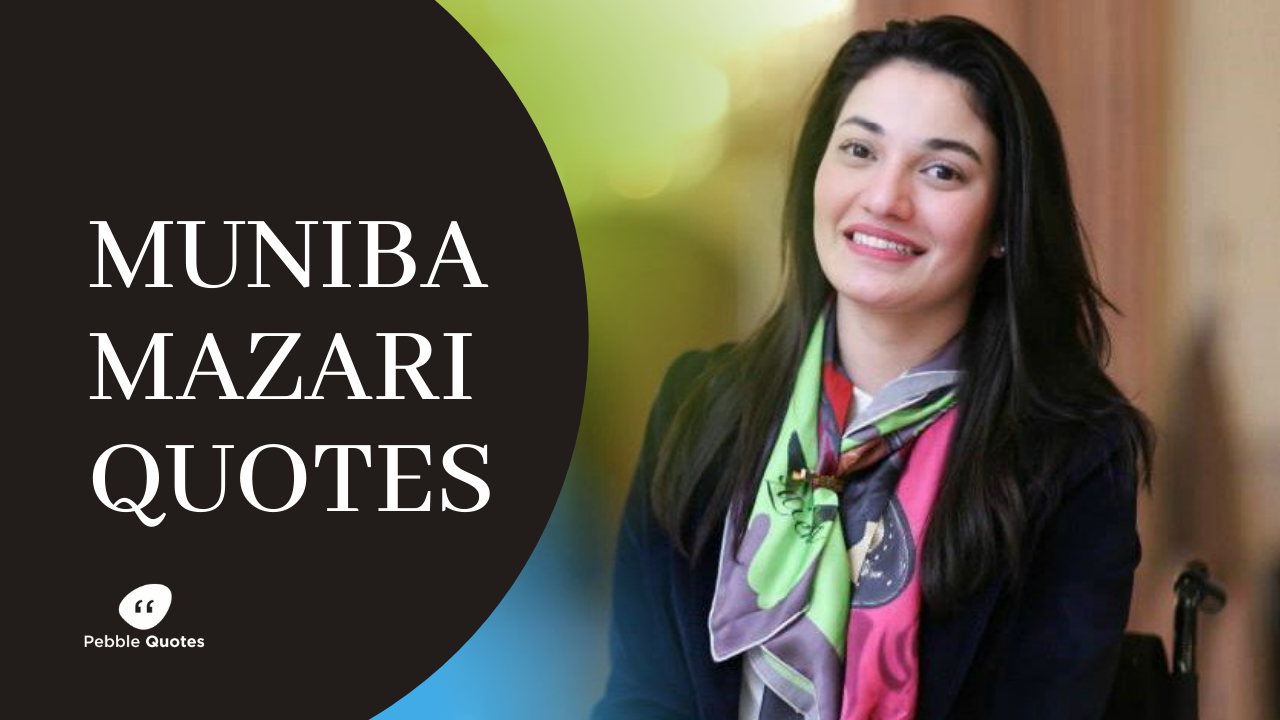 You are in the right place if you are looking for Muniba Mazari Quotes. We have collected some of the best Muniba Mazari’s Motivational & Inspirational Quotes.

Muniba Mazari is well known as the iron lady of Pakistan. She is a Pakistani activist, an anchor, an artist, a motivational speaker, a model, and a singer.

Her full name is Muniba Mazari Baloch. She was born on 3 March 1987. She was born in Rahim Yar, khan Pakistan. (Southern Punjab). Her nationality is Pakistani

On an unfortunate morning, Muniba and her husband Mr. Khurram were driving from Quetta to Rahim Yar, Khan. They met with an accident which resulted in Major injuries to Muniba which included broken bones in her arm, collarbone, shoulder-blade, rib-cage, it also included her lungs and liver were also deeply cut, also her entire lower body was paralyzed. She was hospitalized which was not that equipped so she was shifted to a better-facilitated hospital in Karachi.

She was prescribed bed rest for about two years. Mainly she practiced physiotherapy because of which she was able to use a wheelchair.

She was told that due to her traumatizing and critical accident she won’t be able to become a mother and after hearing that she was devastated. So she opted to adopt an orphan child whom she named Nael

She also divorced her husband in 2015 who always treated her in an ill manner.

After her divorce, she moved on to the next level in her life. She collected herself up very gracefully and embraced herself in front of the whole world beautifully.

She gained a lot of fame in many areas such as being a motivational speaker, an artist, and a model.