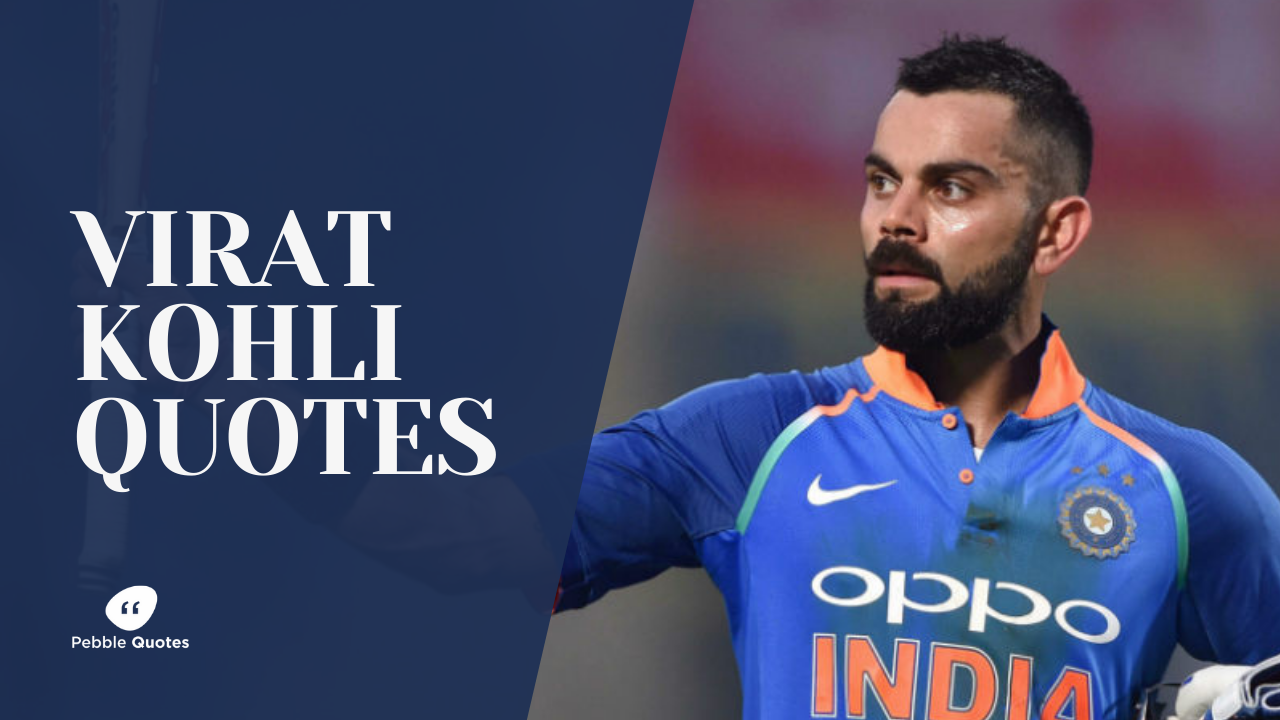 If you are here for Virat Kohli Quotes, then we have collected an awesome collection of Virat Kohli’s Motivational & Inspirational Quotes for you.

Kohli is the captain of the Indian national cricket team. He was born on 5 November 1988. He is famous for being the best batsman in the world.

He is a right-handed top-order batsman.

Kohli is the son of Prem Kohli, a renowned criminal lawyer, and Saroj Kohli, a housewife.

He was born in a Punjabi Hindu family in Delhi. He did his schooling at Vishal Bharti public school. Virat Kohli was earlier raised in Uttam Nagar, Delhi.

Virat Kohli started dating the love of his life Anushka Sharma in 2013, and they tied the knot on 11 December 2017. Anushka is a renowned Bollywood actress. They both became parents to their baby girl named Vamika on 11 January 2021

Virat has completed his 12th (higher secondary) qualification, and Anushka is a post-graduate.

Virat Kohli is an aggressive batsman and has solid technical skills. He has quick footwork. He is known as the best limited-overs batsman in the world. He is known to be a little superstitious when it comes to his cricket career. It is said that he used to wear a black wristband. He also wears a sacred black thread, and he has been wearing a kara on his right arm since 2012.

He has been awarded many prestigious awards in India as well as internationally.

Some of Virat Kohli’s awards are,

Virat Kohli is the first Asian celebrity to hit 100 million followers on Instagram.

We will soon bring Virat Kohli Quotes in Hindi for you, Stay tuned for more..